What To Know About The LASIK Recovery Time And Process

LASIK is a corrective surgical vision solution for those with eyesight problems. Unlike glasses and contact lenses, LASIK is a permanent treatment option and is becoming an increasingly popular choice for those who suffer from nearsightedness, farsightedness, and astigmatism.   LASIK Benefits Short surgery time Immediate vision improvement Highly effective Permanent results Short LASIK… Read More

6 Myopia Treatment Options That Will Improve Your Vision

Myopia, also known as nearsightedness is a refractive error which causes vision to blur when attempting to focus on far away objects. Myopia occurs when the shape of the eyeball is too long, or the cornea is too curved, affecting the focus of the lens and cornea of the eye. This, in turn, causes light… Read More

Does My Eye Prescription Qualify for LASIK?

What is LASIK surgery? LASIK means Laser-Assisted in Situ Keratomileusis. LASIK surgery is a quick, simple surgical procedure which can correct several of the vision problems people experience every day. Vision issues like myopia also know as near-sightedness, hyperopia or far-sightedness,  presbyopia the loss of near vision due to age, and different types of astigmatism… Read More

A vision correction surgery requires a lot of care and specialization from the surgeon who will perform the surgery on you. Before you head to your local vision correction center to schedule the surgery, here are eight questions you should ask your surgeon first: About The Surgeon: 1. How Many Surgeries Have You Performed? No… Read More

Over 28 million people have received LASIK surgery since its origin more than twenty years ago. There are many unexpected benefits of LASIK. Some call it the world’s most popular elective surgery. Why? It’s a procedure that promises freedom and grants a higher quality of life for those who take the leap. These LASIK benefits… Read More

4 Reasons Why You Should Not Be Afraid Of LASIK Surgery 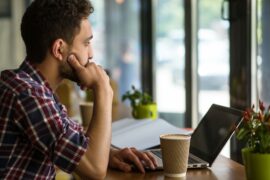 Many people are curious about LASIK and love the idea of being free from their glasses or contacts. However, many people are still hesitant to have the procedure themselves out of fear or uncertainty. This is completely normal but it is also unnecessary as LASIK is a safe procedure that has helped millions of people…. Read More

What You Should Expect Before, During, And After LASIK 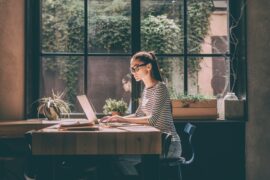 If you are considering LASIK eye surgery it can be an exciting and nerve-wracking decision. Many people have fears surrounding LASIK, some rational and some irrational. There is no way to truly know what LASIK is like until you have had the surgery yourself. And the truth is the experience differs to a certain extent… Read More 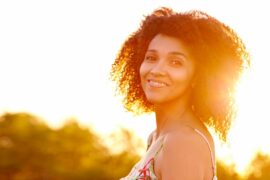 LASIK inspires equal parts excitement and fear in most people. They understand the benefits of LASIK and know it will improve their lifestyle but the idea of someone performing surgery on their eyes elicits a lot of fear. What many people overlook are the more subtle benefits of LASIK eye surgery. These lesser known benefits… Read More

The Different Kinds Of Vision Correction Offered By LASIK

As Americans receive more information about the ease and safety of laser eye surgery, vision correction procedures like LASIK have become more and more popular. While LASIK is still considered an elective procedure by most insurance providers, new plans that offer deals and discounts for vision correction surgery have started to pop up. Refractive errors are caused… Read More

5 Questions To Ask Your Doctor About LASIK 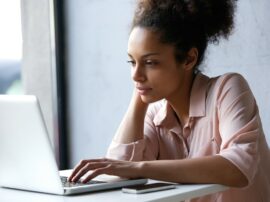 LASIK inspires both excitement and fear in prospective patients. Some people flat out refuse while others are only too eager to get the surgery to be rid of glasses and contacts. Then there are those who fall somewhere in the middle. They are pretty much convinced due to friends and testimonials that LASIK is safe, but they… Read More

Newer posts
Take our online Cataract self-test
Are you having the onset of cataracts? Trouble night driving?
Contact Us
Let Us Know How We Can Help!
Patient Portal
Ways to Pay
Request an Appointment
888-57-FOCUS